Coin Exhibition At The Mint Compound 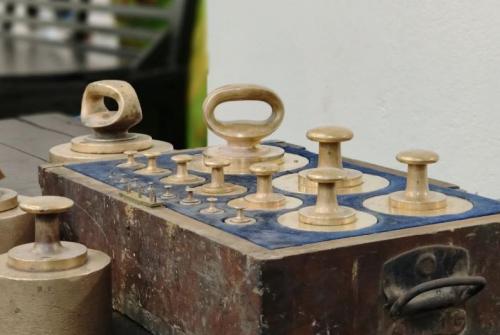 The coin exhibition hosted at the Mint compound, Saifabad, from June 8th ended on the 13th.

The exhibition was held as part of the Azadi Ka Amrit Mahotsav celebrations.

The Mint was established in 1903. The Princely State of Hyderabad was the first to be granted permission by the British to make its currency in its own province, and had established the Mint for that purpose. Until the Mint was established, coins were minted on huge stones, and the coins and the stones are also displayed in the exhibit, at Sultan Shahi in the Old City.

The Mint was also known for its exceptional calligraphic quality, and its machinery that was on par with the European mints.

The coins, the moulds to make the coins, the counter-weights and several other currency notes were on display.

ADVERTISEMENT
Follow @fullhyderabad
Follow fullhyd.com on
About Hyderabad
The Hyderabad Community
Improve fullhyd.com
More
Our Other Local Guides
Our other sites
© Copyright 1999-2009 LRR Technologies (Hyderabad), Pvt Ltd. All rights reserved. fullhyd, fullhyderabad, Welcome To The Neighbourhood are trademarks of LRR Technologies (Hyderabad) Pvt Ltd. The textual, graphic, audio and audiovisual material in this site is protected by copyright law. You may not copy, distribute, or use this material except as necessary for your personal, non-commercial use. Any trademarks are the properties of their respective owners. More on Hyderabad, India. Jobs in Hyderabad.